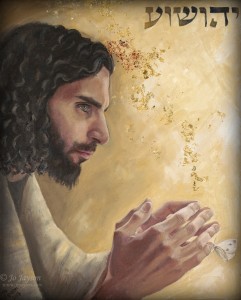 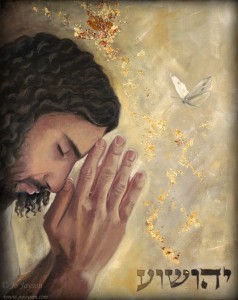 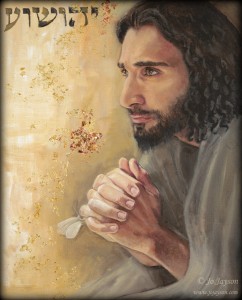 Yehoshua: (Hebrew) Yeshua (Aramaic) Jesus (Greek) Joshua (English)…
Like a diamond with its many facets that look so different from many angles, so is the same when looking upon Jesus. There is the historical Jesus, a pious Jew from Nazareth, a small village in northern Galilee, who challenged the social and religious status quo amongst his people, the Jews, who were enduring a harsh and oppressive occupation by the Romans. There is the Christian Jesus, believed to be born of a virgin, the “Son of God” and the Jewish messiah/Christ (anointed one) by his followers . A messiah that would save them all from their sins, and help them achieve access to the “kingdom of heaven”. There is also the spiritual Jesus, perceived and believed by those outside of Christianity, that he was an evolved and enlightened man, a teacher, a master, a prophet – similar to Buddha, Krishna and many others before and after him . An example of the human ability to achieve the highest level of spiritual consciousness whilst living as a human. Some may call this Christ consciousness in the new age world, and some may just call it God Consciousness.
Many scholars differ in their beliefs about the authenticity of the gospels written many years and centuries after Jesus’s death. Many Christians take the gospels as his historic biography and the word of God, and others seek only the wisdom and teachings in what they feel are metaphoric parables.
Most believe he was crucified by the Romans, some believe he escaped his homeland and settled in southern France with his wife , Mariamne of Magdala., Most Christians believe he rose from the dead and resides in heaven, and others believe he will return in the second coming of the messiah.
King of the Jews, Rabbi (teacher) , Savior, Son of God, rebel, miracle worker, philosopher, a Christos (messiah), a healer, God in human form, a charismatic leader and teacher of an enlightened state of being, an Ascended Master – which ever you perceive and believe him to be, his influence has touched each corner of this planet. Did this man intend to teach and create a new religion in which he would be worshiped as the Son of God, or was he teaching that we are all children of God, that we all can reach this “kingdom of heaven” in ourselves by connecting to our own God Consciousness. Yehoshua’s influence permeates through so much of our history in the past and in the present. Whichever facet of Jesus you wish to look upon, there is no doubt that this man’s light and soul has and will continue to embrace and embody so much of our human experience here on earth.

The Merlin – Prophet of the Woods 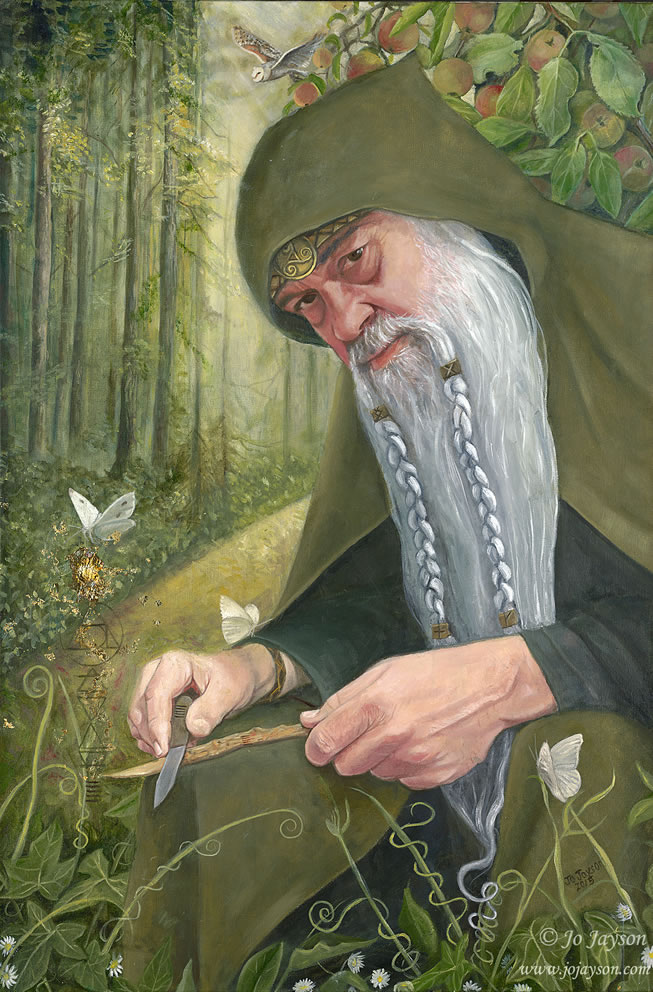 The very first mention of a character called Merlin was by the 12th Century British author Geoffrey of Monmouth. Monmouth with an artistic flare, combined two historic figures, Myrddin Wylit, a welsh bard in the 6th century and Ambrosius Aurelanus, a Romano-British war lord of the 5th century. 600 years later, Monmouth created from these two men, the new Merlinius Ambrosius – the prophet Merlin. Myrddin Wylit was a historical figure from the dark ages, who was a loyal Bard and advisor to his Lord. After seeing the horrors of battle and war, Myrddin, having thought to have gone “mad”, fled and escaped in to the woods , where he lived amongst the animals and nature and later received his gift of intuition and prophesy. It is said that he hid under the apple trees – ancient crab apple trees native to Britain and mirroring the landscape of the legendary Isle of Avalon, meaning the Island of Apples, closely associated with Merlin.

The Merlin we know and love is a composite of this “madmen” of the woods, and all the elder bards, sages, seers and advisors that all lords and kings of the time would have had by their sides. It was commonplace for men of power to have a sorcerer or “wizard” to advise them daily and Merlin’s character became just that – the chief advisor, guide, mentor and closest confident to the new King Arthur. However the historic Myrddin was not present in the real timeline of Arthur although that is not to say that Arthur did not have his own seer and bard to advise him. For those who are very familiar with the characters of the Arthurian legends, it is important to know that the Arthurian timeline is very firmly placed in the dark ages of 6th century Briton and yet all the Arthurian stories that have become popular and well known are recreated by Medieval 12th century and 19th century pre-Raphaelite authors……when Briton was very different historic landscape.

Sorting myth and legend out from historic fact is a complicated endeavor but what we know for sure is that the composite Merlin’s prophetic abilities and his close association with nature and the wildness of the woods, has recreated a character that resembles the Magi or Sorcerer, the Wise man of the woods that holds the energy of the pagan “Green Man” and having the profound and mysterious power of the principals of Alchemy.

For many spiritualists, Merlin represents an ascended Master in the spiritual realms, whose energy also was that of St Germaine amongst others and works in the higher realms of self mastery, transmutation of energy into different forms and personal spiritual empowerment. 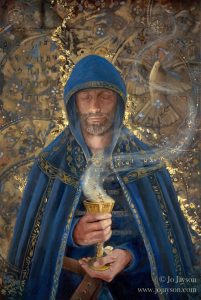 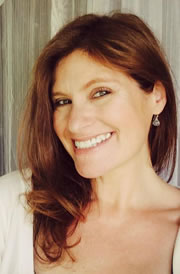