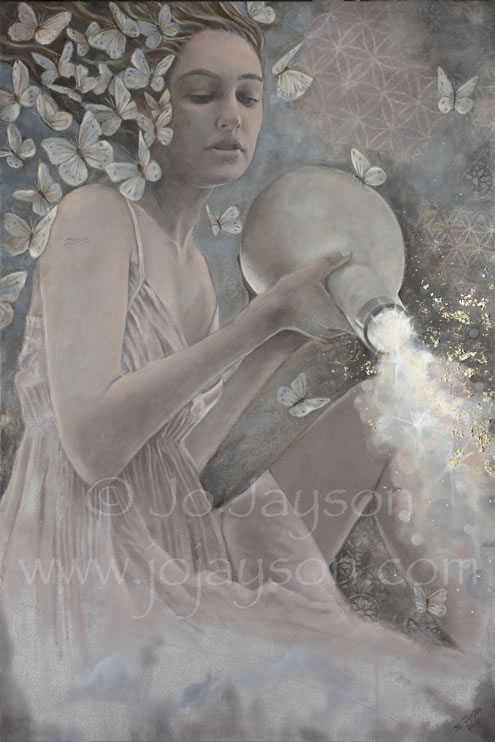 Aquarius – The Usher of the Light

Aquarius – from the latin Aquaril meaning “Water Carrier” and usually referred to as the Water Bearer – is the 11thsign of the zodiac, and is fixed in its nature. Quintessentially an Air Sign but often mistakenly thought to be a water sign, which adds to its already misunderstood and indefinable character. Ruled by the planet Uranus and Saturn, with dates January 20th– February 18th, this sign can comfortably call itself the odd one of the zodiac, the one that can’t quite fit in, hard to describe or define and just that little bit enchanting yet somewhat strange.
Aquarians are very much air signs, with most of their energy focused in the mind and on their thoughts. Their purpose is to be “the water bearers” for humanity, which in cosmic terms means those that serve and bring to the whole, that which is vital and of service to the collective. The water bearer is not literal but symbolic of the light, knowledge and cosmic awareness that Aquarians hold and are innately called to pour/serve/share with humanity.

Deeply intellectual, and inventive, Aquarians don’t like to focus on the deep emotions of the heart but prefer to analyze, research, dissect and intellect about the human condition. This doesn’t mean they are unemotional, but their tendency to explain away their emotions rather than just feel them, is common amongst this group. Their comfortableness in their own thought processes can make them uncomfortable within a crowd, preferring their own company, with their own unique ideas. Solitary folk, they are however very friendly and courteous within friendships and groups, fair-minded and humanitarian in their outlook. Independent and loving their freedom, they can sometimes be perceived as detached, sometimes felt to be airy and lofty to others. In all manners of being they can be a paradox, predictable yet not, warm and friendly yet suddenly cool and aloof, nurturing and loving yet uncomfortable asking for support. Their dreams, desires and aspirations can be idealistic and yet very practical, and often have a broader, progressive and forward-looking approach. Aquarians are often geniuses which in itself can make them a little odd to the normal average folk around them.

Aquarians are the holders of the vessel of light which makes them the truth bearers. They will never miss an opportunity to give you their opinion and truth on a situation, which many times sheds much needed light and understanding. However Aquarians need to be careful not to be so rigid and inflexible in their own truth that they refuse to see another’s as well.

As we enter into the Age of Aquarius, which in its many translations means the age of conscious awareness for the oneness of humanity, Aquarians can be perceived to be the ones that sit alone and apart, searching for truth, and holding this vessel of light for us all….© Jo Jayson 2021 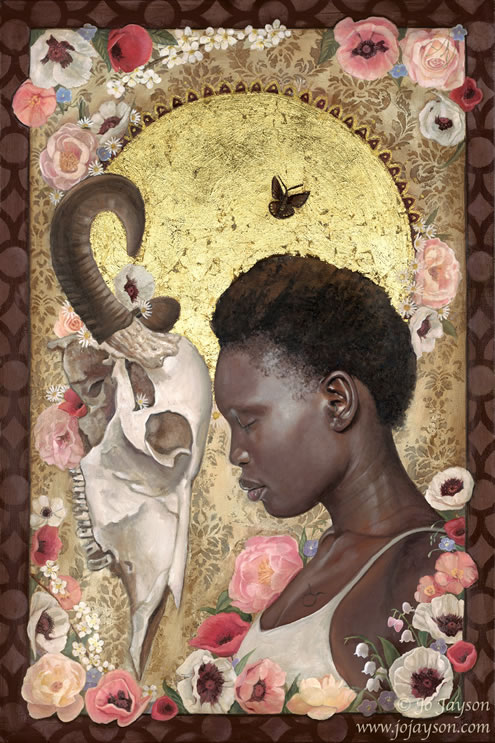 Taurus – meaning Bull in Latin – is named after the constellation that is shaped similar to the forequarters of a bull. April 20/21-May 20/21 , Taurus is an earth sign and is fixed in its nature. Ruled by the planet Venus, this sign is naturally aligned with all things aesthetically beautiful. Innately sensual and incredibly physical, Taureans are ruled very much by their sense of touch. This affinity for all things tactile, can spark their profoundly sensual nature which is infused with an earthy groundedness.
Taureans are deeply rooted in the earth element; practical, reliable, stable and consistently patient. These qualities make them loyal lovers, friends and colleagues, and their earthiness enables them to be consistent, enduring and responsible in all their tasks and relationships. They are hardworking, dedicated and resourceful characters that attract money through their focused concentration and diligence, and yet at the same time, these earth signs love and adore the luxuries of life and the material world – food, cooking, the beauty of nature and the aesthetics of art, design.
As with all good things, too much can become excess and Taureans can be so fixed and rooted they get stuck in their own stubbornness and often are made unproductive because of their inflexibility. Their love for all things nice can sometimes fall into hedonism and laziness, over-indulging in the finer pleasures of life, which can if left unchecked, keep them from moving forward. Sometimes these earth-bound loyal folk, find it hard to let go of things or people and can hold a grudge for many a year. Great procrastinators due to their fixed perfectionism in their creativity and focus, they can often get stuck on one task and leave other tasks to fall by the wayside.
Taureans don’t like change, they prefer consistency and reliability. They delight in peaceful and harmonious environments and their passion for aesthetics make them wonderful artists, designers and creators. Generous in their gifts to others and tender in their loving, they are also reflective of their time of birth, where the earth springs forth a bounty of blooming flowers and flora, making Taureans an embodiment of the earth’s beautiful abundance and steadfast stability. ….© Jo Jayson 2020 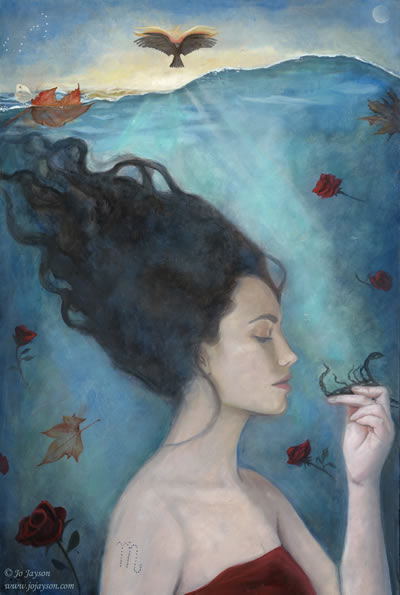 Scorpio – October 23-November 21 – Ruled by the planets Mars and Pluto and named after the Latin and Greek word for Scorpion, Scorpio is the eighth sign of the zodiac. The color is dark red and dark blue, the element is water and the sign is fixed. Scorpios are the divers of the zodiac and have the capacity to go to incredible depths below the surface of their emotions and swim in the deep waters of their own and other people’s psyche. Strongly sexual, and immensely passionate they are often known as the sex sign of the zodiac. They are a water sign and deeply emotional and yet ruled by Mars they contain a fire in them that allows them to achieve and succeed, rebirth and transform.
Scorpios are unique in the zodiac in that they have three symbols to illustrate their evolving potential nature. The scorpion is the lowest vibrational level of a Scorpio, self-protective, deeply shy, moody and with a sharp sting if attacked or hurt. This lowest element of a Scorpio can hold grudges and resentments, feel jealous and slighted easily by its over sensitivity and be prone to seeking out its solitary depths.
The second evolutionary symbol of a Scorpio is the eagle. The eagle has learnt to transform and rise above its own dark emotions and wounds and soars to great heights to find higher wisdom and spiritual truths. The eagle has a piercing perception and not much manages to escape its gaze. Deeply connected to both the higher spiritual mystery and the deep dark underworld of human existence, the eagle element of a Scorpio is reached when one has surpassed and overcome their inner demons. The third evolutionary symbol is that of the phoenix where one is almost drowned by the depths of their own emotional waters and yet with a fierce will and intuitive perception they are able to transcend their lower natures and be reborn into their higher self, one of deep compassion, love and wisdom…© Jo Jayson 2018 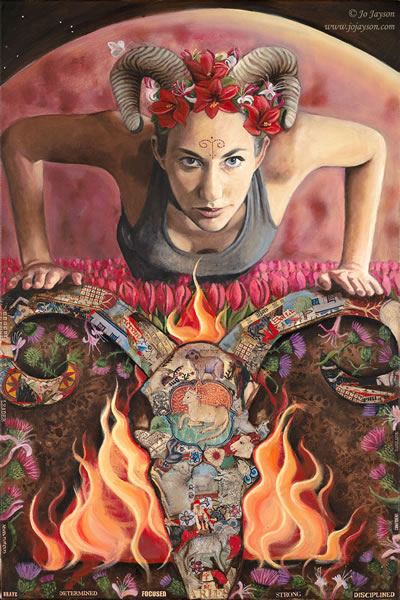 Aries – March 21/21 – April 19/20 – Ruled by the planet Mars, named after the Roman God of War and with the symbol of the headstrong Ram, Aries is a cardinal sign meaning they are the initiators of the zodiac. The color is red, the element is fire and Aries being the first sign of the zodiac allows for no surprise that those born with their sun in Aries tend to be natural born leaders. Rarely following a crowd but instead excelling in achieving their goals, competitive to the end and comfortable in their confidence and determination.
Independent and assertive they have incredible focus and discipline allowing them to reach great success and high regard in their workplace. Ruled by the element of fire, they have a short fuse, can sometimes become aggressive and moody if they do not learn to harness their impatience properly or they find themselves in a work situation or relationship that is not challenging enough.
Brave but impulsive, strong but often blunt they struggle sometimes to slow down and just be in the now. Inside and within their tough and strong willed exterior they have a sweetness and a softness that is usually only shared with those close to them. Passionate and independent, the Aries ram blazes the way forward at the beginning of the zodiac and on the annual northern spring equinox, symbolizes a new life force each year, filled with optimism, new goals and new paths to success. Their flowers thistles, honeysuckle and red tulips, reflect the new season of spring and the bold prickly yet sweet passionate nature of the Aries……© Jo Jayson 2018 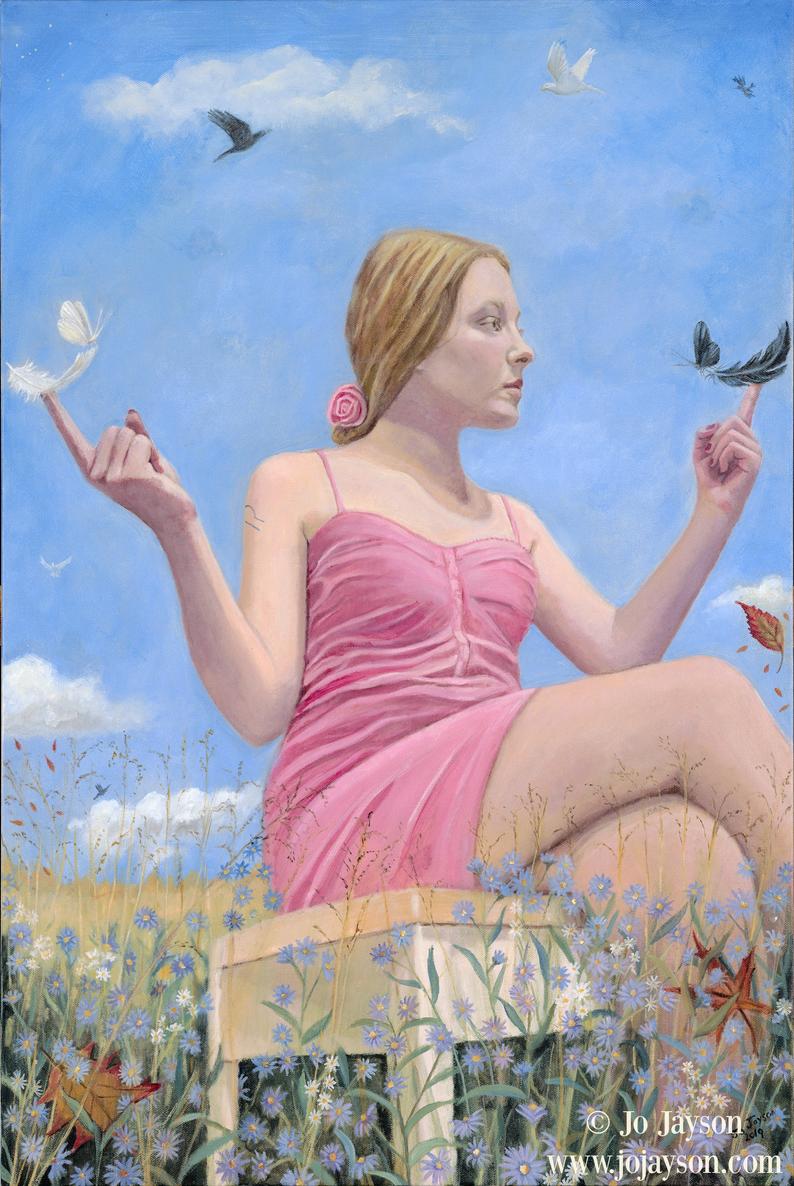 Libra – September 22nd– October 23rd, ruled by the planet Venus and having the element of Air. Libra is the 7thsign of the zodiac and is represented by the only inanimate symbol in the zodiac, the scales of justice. Libra colors are soft pink and blue and It is a cardinal sign which means they appear at the beginning of a new season, and tend to be initiators and love to start new projects……even if they don’t finish them. Libras are the Peacekeepers of the Zodiac. They strive to find balance and harmony within all situations, circumstances and relationships. When they do not find balance or a harmonious outcome they feel out of sorts and literally “unbalanced”. Libras are an air sign and have strong intellect and a curious mine. With this curiosity and quick mindedness, they love interesting discussions and gathering new information but they struggle to make decisions and avoid at all costs, confrontation and sometimes even speaking out their truths. Rocking the boat, or disturbing the peace is something Librans will run from and many times their struggles with decision making can cause procrastination and a sense of being stuck.

Deeply attuned to their ruling planet of Venus, they are aligned and attracted to all things of beauty, nature, and all that brings the gift of love and harmony to humanity. Charming, loveable and romantic, they sometimes struggle to be alone, needing deeply to be in relationship and feeling out of balance if they are not. Justice is in their hearts and they will find a way to bring balance to that which feels in discord, at odds, or in opposition. In their low vibration they can become vain and spoiled but Libras yearn to be loved and to love and they provide humanity with a harmonizing element, that can bring a peaceful vibration to all that is. © Jo Jayson