Attempts at intimidation and bullying can happen in the most unlikely of places. We tend to think of in the schoolyard…but in truth it can happen amongst friends, colleagues and peers. Someone may feel threatened by you, may feel you are going to steal their light, or you may be mirroring to them something that they are not yet able to understand and receive. They just haven’t gotten there yet and it triggers them in the most unflattering of ways. They feel angry and bitter towards you, becoming passive aggressive or blatantly rude and obnoxious. Their goal is to bring you down, shut down your light, silence you and make themselves right. I’m witnessing this a lot lately, in the outside world and in my own personal world. I’ve witnessed it from those that should know better, who are in positions of power and responsibility and fail to walk their talk. Everyone should be allowed to shine in their own light. Nobody has the right to cast a shadow over another to make themselves feel better…….and if they do……your job is to shine that much brighter. 🙂 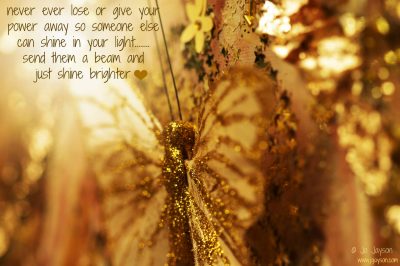 Careful where you focus. A Time to be Fearless
Scroll to top